​Waun Mawn is a site in Wales believed to be the remnants of a Neolithic stone circle.  Now just 4 stones remain (only 1 still standing) but interest has grown regarding possible connections to the bluestones of Stonehenge which originated in outcrops in the Preseli Mountains in Wales.
​
​Below is an investigation of possible astronomical alignments based on map of features at the original site.
​Proposed Astronomical Connections

See video and illustrations below: 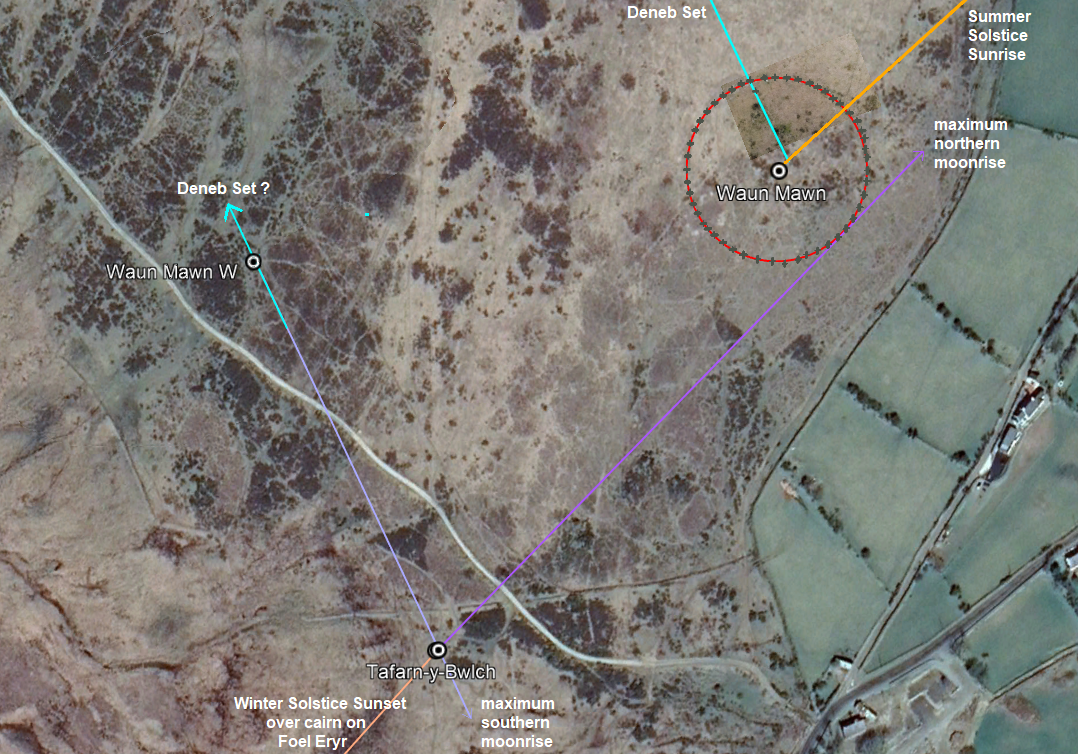 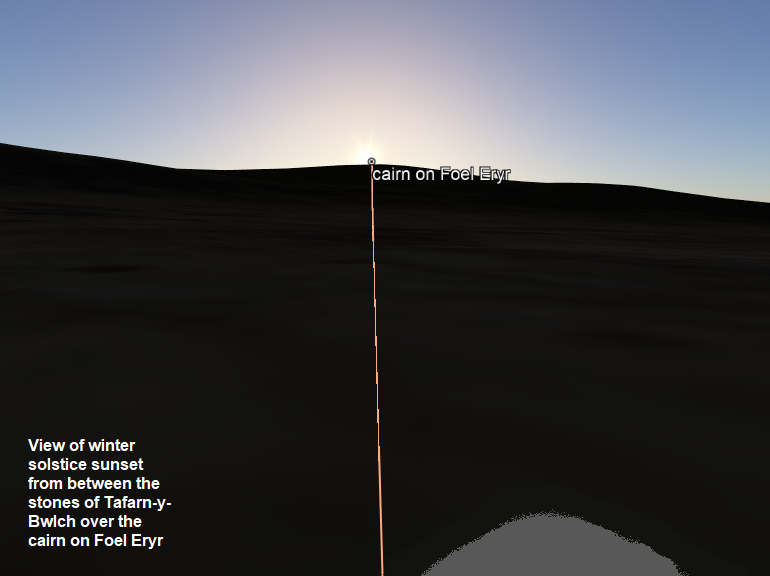 The cairn might not be visible from this vantage but might be connected to other sightlines.  Observation needed.
​

Note the pattern of rise/set in the south in relation to the hills as shown in this diagram from the AstroArch software program.
​ 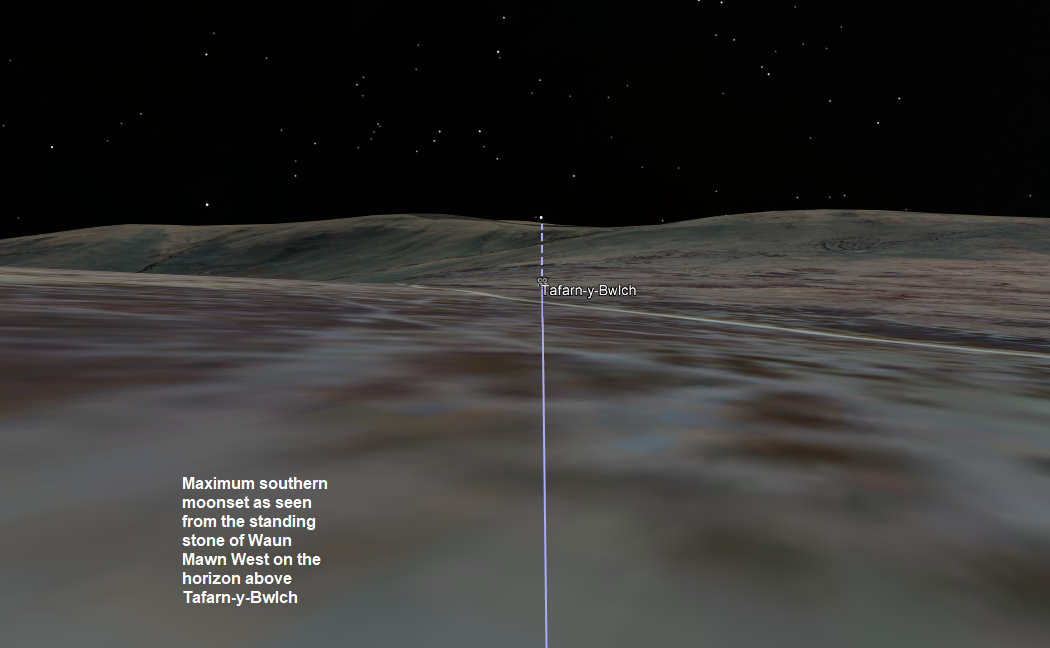