St Lythans Burial Chamber is a dolmen or tomb of the Severn-Cotswold type.  Built around 6,000 BP (before present) as part of a chambered long barrow, during the mid Neolithic period. Three upright stones support the capstone. The stone at the back of the chamber has a hole in it.

Tinkinswood is a megalithic burial chamber, built around 6,000 BP (before Present ~4000 BC), during the Neolithic period, in the Vale of Glamorgan, near Cardiff, Wales. The structure is called a dolmen of the Severn-Cotswold tomb type, and consists of a large capstone on top, with smaller upright stones supporting it. The limestone capstone is thought to be the largest in Britain, and also in Europe. It was originally all covered by a mound of soil.

To investigate this it would be ideal to obtain precise azimuth angles between the two sites and to map some of the little-known features around Tinkinswood such as the remains of other burial chambers, some outlying standing stones, and a possible avenue.

Observations would need to be made in the months surrounding the major lunar standstill (next in 2025) to get more data.  While the tilt of the Earth has changed since the monuments were built, careful recording of dates/times and the corresponding lunar declinations can be used to estimate the probability of the alignment in the past, although the intentionality of such alignments can only be inferred, never proven.  While the site-to-site inter-visibility might not have been prominent against the horizon, perhaps bonfires or torches were set up to be viewed over the distance of less than a mile to highlight the connection to the sites on the ground and the moon's position on the horizon beyond.  Modern obstruction with trees might not permit perfect viewing but the attempt should still be made.

Other observations that might be made include sunrise around the beginning of May for the orientation of Tinkinswood, and an equinox sunset that might send light through the hole in the stone at St Lythans.  This hole was likely covered by the mound unless somehow left open, but it may have been symbolic in the building phase only.  Also at Tinkinswood the traces of an avenue may lead toward St Lythans and might have been aligned with the azimuth for the sunrise on the Winter Solstice (depending on the effects of horizon altitude).  There are also two stones near Tinkinswood that are purported to frame nearby Coed Sion Hill where the major southern moonset might also be visible. 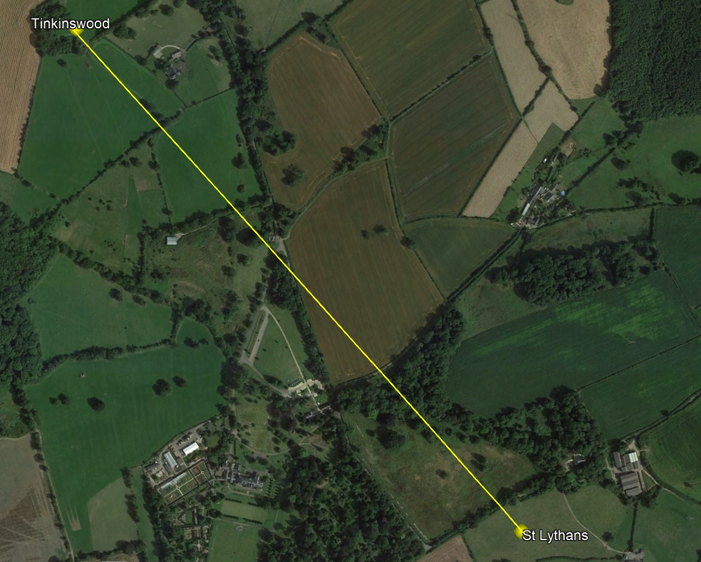 Line between St Lythans and Tinkinswood, less than 1 mile in distance.  (.83 miles, 1335.5 meters) Azimuth: ​320°
LINK to more images of Tinkinswood showing the inter-visibility of the two sites.

Horizon software view from Tinkinswood.  NOTE: Major Southern Moonrise not as clearly matched due to the landscape 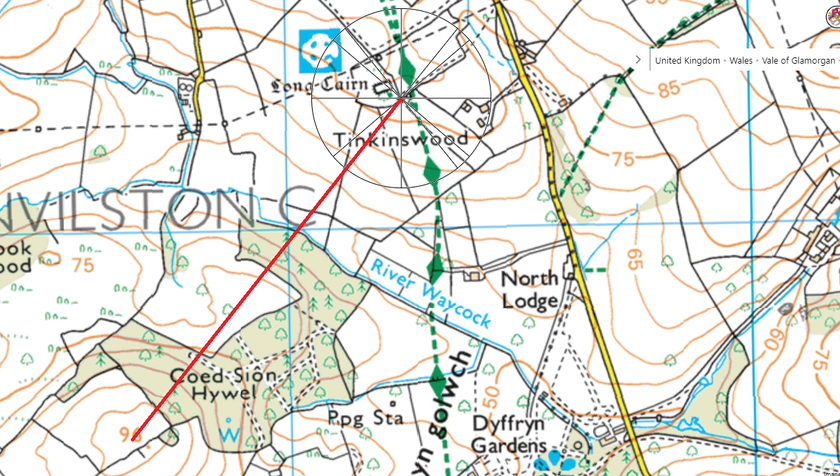 Possible Major Southern Moonset from Tinkinswood in the direction of Coed Sion Hywel (hill), possibly marked by 2 stones at the site. 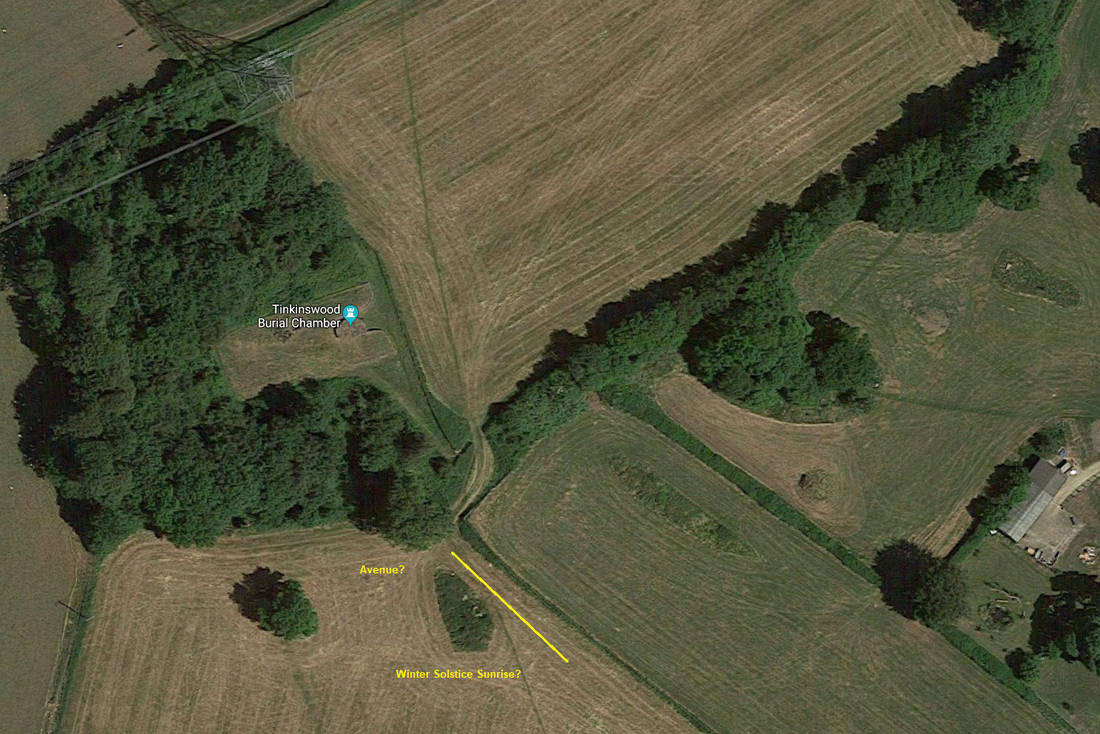 Close up of estimated position of Tinkinswood Avenue and rough azimuth for Winter Solstice Sunrise. 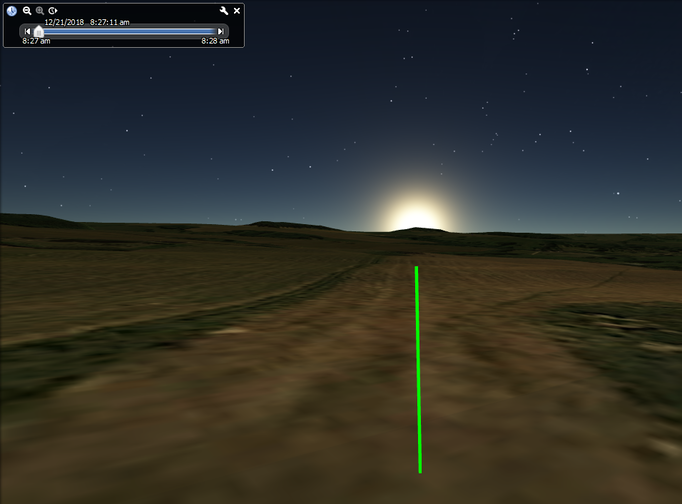 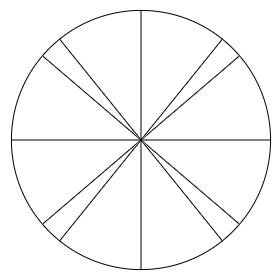